The main purpose of this concerns and complaints procedure is to solve problems and to give parents/carers a means to raise issues of concern and have them addressed.

Concerns and complaints should be treated respectfully during and after the cause of any complaints investigation. All members of staff should be aware of the procedure and recognise the importance of attempting to solve issues before they become a formal complaint.

AIMS: The aims of this policy and procedure are:

How a complaint can be made.

Care will be taken to:

Circumstances under which this procedure will not be used: If your concerns relate to the following areas, you should contact the school office, where you will be advised on the appropriate procedure.

If the complaint suggests that a child has been at risk of significant harm through violence, emotional abuse, sexual interference or neglect, it may be referred without further notice to social services.

Expressing concerns/complaints to the Headteacher

Stage 2 – Referral to the Headteacher

N.B At any point between the beginning of Stage 1 and Stage 2 the Headteacher may choose to intervene or respond to a request for a meeting in order to resolve the complaint quickly. If the complaint is not resolved the complainant is given the opportunity to take it further i.e. Stage 3.

Stage 3 –Review by the Governing Board

It is important that this review is not only independent and impartial, but that it is seen to be so.  Therefore the full Governing Board should not consider complaints as a serious conflict of interest can arise.

Presence of pupils at meetings:

If properly followed a good complaints procedure will limit the number of complaints that become protracted. However, there will be occasions when, despite all stages of the procedures having been followed, the complainant remains dissatisfied. If the complainant tries to reopen the same issue, or adds other issues, the Chair of the Governing Board is able to inform them in writing that the procedure has been exhausted and that the matter is now closed.

All complaints will be monitored by the handling and outcomes at the formal stage, by:

All conversations and correspondence will be treated with discretion. Personal information will only be shared between staff on a ‘need to know’ basis. There is an expectation that all members of staff dealing with a person making a complaint will act in a courteous and respectful manner. All complaints will be taken as a matter of serious concern. The school also expects that people making the complaint will also conduct themselves in a courteous and respectful manner.

Appropriate steps will be taken to ensure that any individual has the opportunity to raise concerns or submit a formal complaint. This includes the right to be accompanied or represented by a friend or relative, or to submit formal complaints that have been written by another individual on their behalf. It is an expectation that equal respect will be granted to each person involved with the process and that differences between people will be respected and understood.

The school’s policy and procedures relating to complaints will be reviewed at least every three years by the Governing Board and parents/carers will be notified of any amendments made. The Governors monitor the complaints procedures in order to ensure all complaints are handled properly. Many complaints/issues can be easily resolved by the class teacher or other members of staff. The Headteacher logs all complaints received and records how they are resolved. 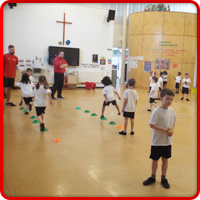 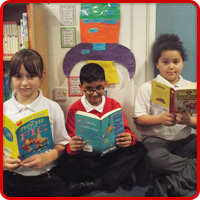